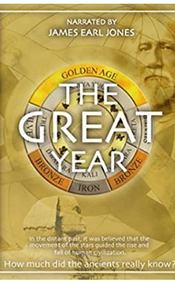 
“The Great Year”, by Walter Cruttenden

A film “The Great Year”, by Walter Cruttenden. This documentary investigates the common threads in mythological beliefs around the ancient world and looks back into time seeking answers to the questions that still loom over science today. How far back into history do humankind's roots really go and what did the ancients know about the stars and their movements, and what can we learn from them?

How was precession of the equinox used to mark the rise and fall of great ages by the ancients? Many cultures spoke of an unseen sun that dries the precession and causes the cycle of the great year. Could there be an unseen binary partner to our sun? The great year examines this theory and finds that perhaps these ancients were up to something!

It is an excellent film to learn about the ages of time referenced in many ancient traditions, especially the Indian Vedic history which speaks of a much older world than many more contemporary histories from other countries. 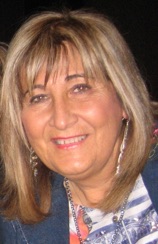 Back to the Future

Back to the Future:The Early Days of Contact and the Legacy of Giant Rock and Our Cosmic Neighbors. Paola Leopizzi Harris is an Italo-American Paola Leopizzi Harris is an Italo-American photojournalist and investigative reporter in the field of extraterrestrial related phenomena research. She is also a widely published, free-lance writer, especially in Europe. She has studied extraterrestrial related phenomena since 1979 and is on personal terms with many of the leading researchers in the field. From 1980-1986 she assisted Dr. J. Allen Hyneck with his UFO investigations and has interviewed many top military witnesses concerning their involvement in the government truth embargo.

In 1997, Ms. Harris met and interviewed Col. Philip Corso in Roswell, New Mexico and became a personal friend and confidante. She was instrumental in having his book The Day After Roswell, for which she wrote the preface, translated into Italian. She returned to Roswell in the summer of 2003 for the American debut of her book, New Revised Connecting the Dots ;Making Sense of the UFO Phenomena.

She has since written four other books, all historical interviews with important whistleblowrers.Paola travels to Rome and Currently to Latin America , but lives Boulder, Colorado.She has a Masters degree in Education. She teaches history and photojournalism and on-line classes in Exopolitics for Dr. Michael Salla’s Exopolitics Institute for which she in International liaison director. (starworksusa.com) paolaharris.com/ 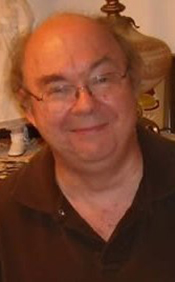 Laird Scranton is an independent researcher of ancient cosmology and language. His studies in comparative cosmology have served help synchronize aspects of ancient African, Egyptian, Vedic, Chinese, Polynesian and other world cosmologies, and have led to an alternate approach to reading Egyptian hieroglyphic words.

His degree is in English from Vassar College. He became interested in Dogon mythology and symbolism in the early 1990s. He has studied ancient myth, language, and cosmology since 1997 and has been a lecturer at Colgate University. He also appears in John Anthony West’s Magical Egypt DVD series. He lives in Albany, New York.

His book "The Science of the Dogon" was taught at Colgate University under the title "Hidden Meanings: A Study of the Founding Symbols of Civilization." He is featured in John Anthony West's "Magical Egypt" documentary series and in Carmen Boulter's "The Pyramid Code", a series broadcast by the Documentary Channel. He has been interviewed on a variety of radio programs around the world including Coast-to-Coast AM and Red Ice Radio in Sweden.

He has presented at conferences on Ancient Mysteries including Walter Cruttenden's annual CPAK (Conference on Precession and Ancient Knowledge) Conference, the A.R.E. Mysteries Conference, and the Paradigm Symposium. For more information about Laird work visit lairdscranton.com 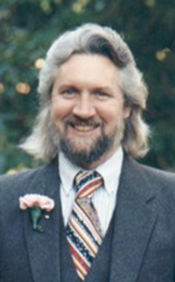 Spontaneous Human Combustion, Larry Arnold will present a power point lecture. This is a difficult topic for most of us to deal with. It is so easy to judge these reports on face value as impossible and not true.

Yet after looking at the police reports, crime scene photo’s and first had experiences presented in this remarkable presentation I am sure you will be as stunned as I was when I learned the about the detailed research Larry Arnold has done. We are thrilled to be hosting special guest Larry Arnold. 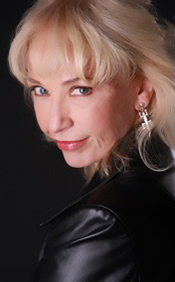 
The Long Shadow of the Djinn

Special guest, Rosemary Ellen Guiley in person to present her power point presentation. The Long Shadow of the Djinn. Extraterrestrial encounters and abductions have a hidden side involving little-known entities, the Djinn, who have been involved in human affairs throughout history, from ancient aliens to abducting ETs. What is the evidence for their activities, and what are their intentions concerning human beings?Rosemary Ellen Guiley is a leading paranormal researcher and investigator whose work also includes UFOs and ETs, cryptids, spirit communications, the afterlife, and entity encounters of all kinds.

She has worked full time in the field for more than 30 years, producing 60 books, including nine encyclopedia and reference works. She has done ground-breaking research on the Djinn and their roles in paranormal phenomena, attachments and possessions, ET abductions, cryptid encounters, Black-Eyed Kids, and ancient aliens and gods. Rosemary serves on the Advisory Board of the Foundation for Research into Extraterrestrial Encounters.

She is the author of The Djinn Connection: The Hidden Links Between Djinn, Shadow People, ETs, Nephilim, Archons, Reptilians and Other Entities. Her websites are visionaryliving.com and djinnuniverse.com

Check out her books on Amazon 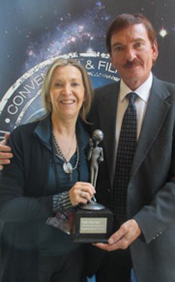 Travis Walton will be with us in person to share his story.. Driving home after a day of clearing brush in the forest, six lumberjacks come upon a 40 foot disk hovering silently over the crest of a ridge. As if spellbound, Travis Walton jumps from the passenger side, running towards it for a closer look. That decision November 5, 1975 would change him and these loggers for the rest of their lives.

The 21 year-old logger from Snowflake Arizona disappeared for five days, igniting a firestorm of controversy aimed at the logging crew who were the last to see him in the forest. Travis Walton's 1975 experience comes alive in this 93-minute documentary of one man’s trauma and transition when a mysterious beam of light strikes him unconscious - or dead. TRAVIS, a new film by Jennifer Stein combines new and archived interviews with the logging crew, police, and the polygraph examiner.

Now 40 years later Walton explains how the forest, the highway, and the phone booth remain emotional triggers. Filmmaker Jennifer W. Stein explains, “Someone needed to tell the real story in film, and the time was now. This is why I undertook the making of this film with Travis as my key witness. Along with the other men of the work crew and experts in the field, we explored this experience together in a collaborative approach.”

Working with Jennifer Stein is Robert Terrio, as co-producer. 15 experts explain why this story continues to astound UFO investigators, researchers--astrophysicists, journalists, and filmmakers in their quest for reliable evidence of other worlds, other beings, and other technologies more advanced than our own.

This film will be available for sale at the event. To learn more about the film visit, Travis Walton The Movie and Onwinges Productions 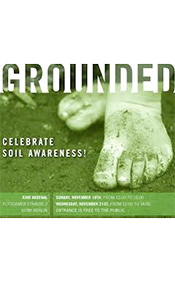 “Grounded” A film by an Alaskan Film maker, Steve Kroshell Learn about the great health benefits we receive when we connect with the earth. Simply by getting outside, barefoot, touching the Earth, and allowing the excess charge in your body to discharge into the Earth, you can alleviate some of the stress continually put on your system. For example, walking barefoot can help ameliorate the constant assault of electromagnetic fields and other types of radiation from cell phones, computers and Wi-Fi.

The surface of the Earth holds subtle health-boosting energy. All we have to do is touch it and become truly alive. In the documentary film Grounded, you can see this amazing phenomenon transform the life of people who had been struggling with health issues like chronic pain, and one man who had been wheelchair-bound for decades is able to walk again. 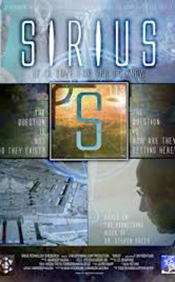 A film: Sirius, Featuring Steven Greer, gives a broad overview of the ET Intelligence topic, including the contact protocol with remote viewing used to attract ET visitors used in the training sessions of the Center for the Study of Extraterrestrial Intelligence. The CSETI approach differs from that of MUFON in that it attempts to attract ET contacts and study them as they occur.

Some credible witness testimony from the Disclosure Project may appeal particularly to skeptics, and the motivation for the extreme secrecy is shown to be the fear of revealing the new energy technology perfected by our ET visitors which would solve our energy and pollution problems without fossil fuels.

The video dwells on the medical and genetic examination of a six-inch mummy-like humanoid, which may be am ET being. 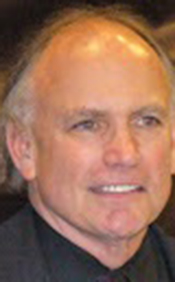 Steve Bassett, Director of the Paradigm Research Group, Creator of the Citizen Hearings . Stephen Bassett is a political activist and a leading advocate for ending the 67-year government imposed truth embargo regarding an extraterrestrial presence engaging the human race.

He is the executive director of the Paradigm Research Group (PRG) which recently produce a "Citizen Hearing on Disclosure" at the National Press Club in Washington, DC. Stephen has spoken to audiences around the world about the implications of formal Disclosure of the extraterrestrial presence and has given over 1200 radio and television interviews.

PRG's advocacy work has been extensively covered by national and international media. PRG has just launched a Congressional Hearing Initiative seeking the first hearings on Capitol Hill regarding the ET issue since 1968. No other one individual has worked as tirelessly and with greater dedication to this one single topic than anyone else in history.

Steve is a power house for change, and one of the most well informed lobbyist on the secrecy of UFO’s and the importance of exposing the agenda's that keep this reality from the american people. He was the founder of numerous X-conferences in Bethesda Maryland and the National Press club in in Washington DC. In May of 2014 Steve organized the first ever national hearings on UFO secrecy. Numerous former military personnel, heads of state, commercial pilots, & civilians testified before former members of congress for four days of hearings.

These proceedings were video taped and 450 DVD sets of this event have now been delivered to members of the House of Representatives and the Senate. Now the trick will be to get them to watch these informative DVD's. To learn more about how you can become apart of this initiative by contacting your own house and senate representatives please visit paradigmresearchgroup.org.