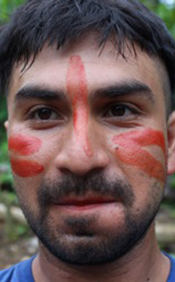 David Good, author, The Way Around David was born to an indigenous group located in the Amazon Rainforest of Venezuela. David ‘s father Kenneth Good was an American anthropologist who married David’s mother while living amongst this group in 1989.

David Good’s presentation will include film footage of his village he took on his return visit to meet his mother for the first time as an adult. David will be bringing his new book, “The Way Around”, which is an amazing chronicle of self-discovery and a poignant, fascinating exploration of what family really means. 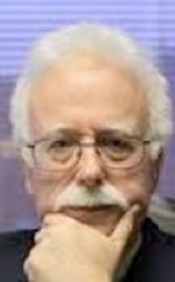 Dr. David Jacobs - Walking Amongst Us. Dr. David M. Jacobs will present a Power Point talk on his latest book Walking Among Us. He is a retired professor of History at Temple University. He began researching the controversy over unidentified flying objects in America in the mid-1960's and has amassed over 50 years of primary research data and analytical hypotheses on the subject.

Since 1965 Dr. Jacobs has devoted most of his professional and personal energies to researching the UFO phenomenon in general and, since 1982, the abduction phenomenon in particular. Having conducted over 1150 hypnotic regressions with over 150 abductees, Dr. Jacobs is one of the foremost UFO abduction researchers worldwide.

Special guest, Rosemary Ellen Guiley in person to present her power point presentation on FREE The Foundation for Research on Extraterrestrial encounters. Rosemary Ellen Guiley is a leading paranormal researcher and investigator whose work also includes UFOs and ETs, cryptids, spirit communications, the afterlife, and entity encounters of all kinds.

She has worked full time in the field for more than 30 years, producing 60 books, including nine encyclopedia and reference works. She has done ground-breaking research on the Djinn and their roles in paranormal phenomena, attachments and possessions, ET abductions, cryptid encounters, Black-Eyed Kids, and ancient aliens and gods.

Rosemary serves on the Advisory Board of the Foundation for Research into Extraterrestrial Encounters. She is the author of The Djinn Connection: The Hidden Links Between Djinn, Shadow People, ETs, Nephilim, Archons, Reptilians and Other Entities. Visit her websites for more information: visionaryliving.com and djinnuniverse.com.

You can purchase more of her books on Amazon. 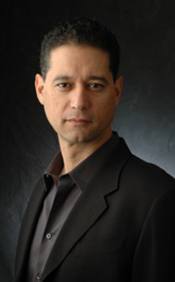 
An Investigation from the Inside out

Ben Moss and Tony Angiola, Tony is Pictured VA MUFON, Socorro: An Investigation from the Inside out. Ben Moss is Mufon’s Chief Field Investigator in Virginia, and a member of the rapid deployment Star Team (Strike Team Area Research). He is a guest expert on The History Channel’s Hangar1 tv show, and has written numerous articles for the Mufon Journal and various online web sites.

Ben has been with Mufon since the early 90’s and recently presented an update on the Socorro UFO case to “Mysteries of Space and Sky” in Maryland last month. Ben, along with Tony Angiola, will be speaking to the Washington DC and Maryland chapters about the Socorro case in December, using new evidence, official internal Air Force Blue Book files, and files copied directly from the National Archives.

Ben and Tony have spent 100’s of hours meeting Ray Stanford, the original NICAP investigator allowed on the Socorro site just after this 1964 incident and a friend of the late Dr. J Allen Hynek, Project Blue Books UFO expert. Our presentation is a fascinating look from the inside out of the Air Forces investigation of this case, which today is still classified as an “Unknown”. Ben and Tony are regular’s on the new MUFON TV Program, Hangar1. 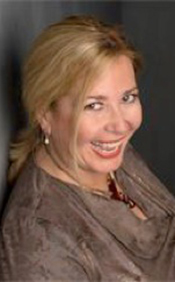 
How to Talk to an Alien

Author, Nancy du Tertre. Nancy has trained as a psychic detective for many years with well-known television psychic detective Nancy Orlen Weber, and has worked with law enforcement agencies, police, detectives, and victim's families in several states to help in investigations of lost or missing persons. She has also trained as a spiritual medium with the Spiritual Life Fellowship in Ridgefield, New Jersey, a member of the British Spiritualists' National Union representing more than 340 spiritualist churches in England since 1853.

Nancy has studied with several established British and American mediums. She has also studied with a number of well-known energy healers and medical intuitive’s including Russian Dr. Gregory Antyuhin (known as "Dr. X-ray" on television).Nancy has trained with former military remote viewer Lyn Buchanan on multiple levels of Controlled Remote Viewing (CRV) using the protocols first developed for the CIA and DIA.

Nancy is certified in Intuitive Gestalt Dialogue Method based on Gestalt Psychotherapy and has trained for more than a decade with Dr. Ron DeAngelo, director of the Center for Dialogical Training at the SomaPsyche Institute in New York City. She has written several books on intuition and psychic phenomena - including the neurobiological implications of psychic sensing.

During the course of her research, she interviewed some of the world's most famous psychics, mediums, neuroscientists, physicists, healers, and artists. Nancy has also published articles in law enforcement magazines. For many years, Nancy has worked with paranormal teams around the country and participated in a number of paranormal investigations in the U.S. and Europe.

She was a special guest and lead investigator at the Northeastern Paranormal Investigations 2010 Convention in Gettysburg, PA., and Phenomenology 103 in 2011. She lectured at Inspired Ghost Tracking, Glen Burnie, MD, in 2010. 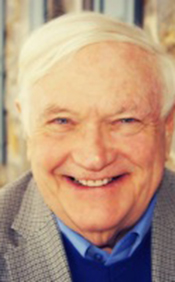 Charles F. Quinn on Gobeklie TEPE, Charles will present a power point presentation on the ancient site of Gobekli Tepe, in South Eastern Turkey. This amazing 21st century archaeological discovery has permanently altered the conventional wisdom about man's evolutionary development. Charles will present his views that the exsistence of Gobeklie Tepe proves extraterrestrial intervention in mankind's development and demonstrates a level of scientific prowess unknown to Neolithic man as previously understood by mainstream archaeology.

Charles graduated from Saint Josephs University in 1955. He spent two years in the United states army- ROTC program , 1st LT. He graduated from U. of Pennsylvania Law School in 1960. He was admitted into the practice of law 1961. Charles tried first case in the USA that established a "causal connection" between Asbestos and respiratory cancer then called Bronchogenic Mesothelioma (now known simply as Mesothelioma) in 1968.

Charles practiced law with his own 7-man law firm in center city Philadelphia (1970-1982) when he moved to suburbs and transitioned into building active adult communities. He is now retired and is the father of 3, grandfather of 8, & married to same woman for 51 years. Charles has taught for 5 years at Widener University's Exton campus with courses for seniors 'enrichment only" . 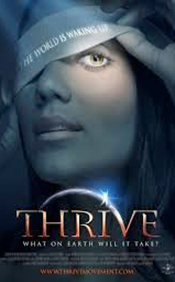 THRIVE, This film is an unconventional, and controversial documentary that lifts the veil on some of the most profound changes going on in our world going on around us. . The film suggests economic change by following the revenue paths upstream.

The influences of the global consolidation of power in many aspects of our lives, like agriculture, medicine, banking, and social political structures which support these large conglomerate industries are evaluated. The central theme weaving the film together is the idea that breakthroughs in science, consciousness and activism, can and will change the future. We just have to choose what information we are going to focus on, and then how we use this information to changes our lives and the future. 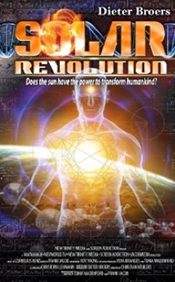 Film Solar Revolution. Winner of the Open Mind EBE awards for 2013. In Solar Revolution A world renowned biophysicist Dieter Broers makes a compelling case that these is a correlation between solar activity and the advances in our creative, mental and spiritual abilities. We are currently in the midst of dramatic rise in Solar disturbances, which have the capability of disrupting the earth geomagnetic field and, as result, our global ecology. Boers see’s this as a dawn of a new era.

Drawing on research form a variety of disciplines , he shows how erupting solar activity carries the potential to boost our brain capacity and expand our minds in ways we never imagined possible. Abilities now seen as extraordinary or even supernatural, like telepathy, extra sensory perception, and off the charts intelligence quotients may soon become more ordinary and natural. The film suggest this could help us to deal with the mounting global crises we could be facing. Broes explores the way we feel, thing and relate to each other is dramatically changing everyday.

He explores the relationship between sun activity and the rise in expanded consciousness. Featured experts in the film include Rupert Sheldrake, Michael Persinger, Ernst Senkowski, Michael Kong, JJ Hurtak, Francine Blake, and Rick Strassman to name a few. 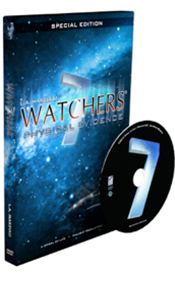 FILM- Watchers 7 Physical Evidence. A L. A. Marzulli film. We are thrilled to gain permission to share this great film with our community. In this film you will learn from the top UFO researchers about the physical evidence that we are being visited by intelligent life from out side earth. Experts include, Jamie Maussan, Steven Bassett, Yvone Smith, Dr Rodger Lear, Dr. Chuck Missler, Garry, Stearman, Dr. David Jacobs, and many others experts in the UFO field.

This film won the Open Minds International UFO conference Awards for Best feature Documentary and People Choice awards for 2013. We are thrilled to be able to bring you this excellent documentary film. See an interview Ron James did with these producers, click here.