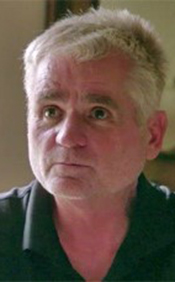 Video taped interview with Kevin Day is a retired U.S. Navy Senior Chief Operations Specialist who specialized in radar systems. He is a TOPGUN air intercept controller with more than 20 years experience in strike group air defense including war-time operations. In November of 2004, off the coast of San Diego, Kevin was a radar operator on the USS Princeton, part of the USS Nimitz Carrier Strike Group. Over several days unknown objects were observed on radar.

On several occasions, aircraft were directed to find the objects. The pilots reported seeing 40 foot-long Tic Tac shaped objects that performed remarkable maneuvers beyond the capability of our aircraft. This incident was made famous in a New York Times article in December 2017 in which it was also revealed the Pentagon had a secretive UFO investigation program. He was recently featured in the History Channel docu-series, Unidentified: Inside America’s UFO Investigation. This video taped Q and A with former Navy radar Operator Kevin Day is a one on one with Kevin Day, and host Alejandro Rojas, who interviewed Kevin on-stage to get his first-hand account of the events that took place in November 2004 off the coast of San Diego.

Kevin was a radar operator on the USS Princeton, part of the USS Nimitz Strike Group. For several days, objects were caught on radar performing strange maneuvers. On History’s Unidentified: Inside America’s UFO Investigation Kevin recounts a time during these encounters in which several objects were detected on radar. Kevin directed several F-18 jet fighters to intercept one of the objects. Commander David Fravor, one of the pilots, engaged what he described as a 40-foot white Tic Tac shaped object.


Ghosts Beyond the Grave

Joseph Flammer & Diane Hill, The Paranormal Adventurers - Ghosts Beyond the Grave, You’ve seen MUFON Field Investigator Joseph Flammer electrify the room when he spoke about UFOs before Main Line MUFON in April 2017. Now hear Mr. Flammer and his longtime investigations partner, Diane Hill, speak on the bonechilling topic of ghosts and the paranormal. Together they are known as “The Paranormal Adventurers.” Unlike many ghost investigators on television, Joseph and Diane believe love is the reason many spirits visit people, returning from the grave to say in one fashion or another, “I love you.”

As investigators, they don’t fully understand the often-dreadful mechanisms by which hauntings materialize, nor do they subscribe to the notion that ghosts are evil entities or demons. The duo believes ghost are part of nature and thus part of life itself, though often not viewed this way in the Western World. Together Joseph and Diane have written three books about ghosts and conducted scores of paranormal investigations. They have seen ghosts and experienced the breathless awfulness of unexpected and unexplained encounters.

Joseph and Diane have spoken before packed audiences almost 700 times over the last fifteen years, mostly on Long Island and in New York City. They are considered Long Island’s most famous ghost hunters who think it we should not discount the power of the paranormal. 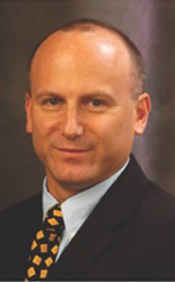 He began his career as an electro-optic engineer, working at Hughes Aircraft on a secret DoD project, then developed software for Paramount Pictures, Sony, Pfizer and more. He has been actively learning about UFO's, NTI and the Hidden Hand since his youth.

His father was a test engineer of the spacesuit used from Mercury to Apollo, and worked on the National Aerospace Plane before retiring. After researching the field for years, Warren had a daytime sighting in 2014, then joined MUFON. He continues to research this fascinating reality of our universe. 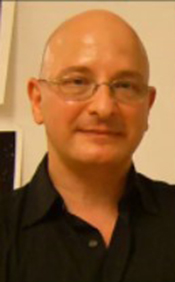 Marc Brinkerhoff, Prepare for Personal Contact with Benevolent Finer-dimensional ETs. Marc is a rare Contactee, Conscious Channel and ‘Walk-in’ from highly advanced Dimensional Universals. He is able to often call in inter-dimensional Extraterrestrial craft to be witnessed and photographed. You might say he can ‘remote view’ his ET family at will. He is a featured Contactee in the award-winning film, by James Carman, ‘The Hidden Hand.’

Marc’s presence in the film provides the benevolent aspect of human ET interaction. Marc is here as a cogent reminder that ‘We Are Not Alone’ and never have been. His ongoing ‘contact’ was documented in the late 70’s when his UFO Photography attracted the interest of multiple UFO organizations. On August 10, 2015 Marc had a physically encounter with being from the Ashtar Command in Central Park where he often goes to meditate and shoot UFOs. The ET’s name is Balthon, reveal himself as an ET a week later.

Marc suspected something was odd about this benevolent young man he met in the park, and realized latter that his photo’ records showed a period of missing time. Marc’s wife Phyllis subsequently met Balthon in a shared lucid dream (out-of-body experience) confirming Marks contact and experiences herself. In this lecture, Marc will discuss some of his favorite UFO images, and encounters and introduce you to what he believes is his Extraterrestrial family. 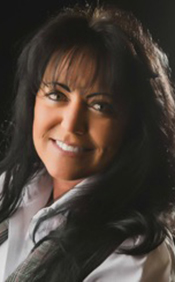 Chase Kloetzke, New evidence on the elongated sculls of Peru: Chase will bring 3-5 skulls with her as part of her power point presentation. She may also bring a 2000 year old baby mummy that she unwrapped and extracted DNA form as part of her research. Chase has made several trips to Peru, and Bolivia researching the origins Human species in that region developing and better understand of our ancient past, and the history of Humanity.

She has done over 300 DNA and forensic samples from Peru alone. She has traveled extensively through the Jungles in the Amazon, Peru and Bolivia. Chase has been employed at the Department of Defense, and has a background in Bio-mechanical Engineering, and holds International certifications in forensic evidence collection.

Chase joined the Mutual UFO Network in 1996 and was selected as The Star Team Manager and Deputy Director of Investigations through 2011. She was responsible for the program design, protocols and investigation procedures for a national rapid response unit. This position included supervision of the most experienced investigators and access to the most sensitive and complex cases reported to MUFON. As of today, Chase leads the "Special Assignment Team" of experienced and specialized investigators in MUFON, responding to the reports that need specific and thorough attention. As an International CAG investigator, Chase focuses her attention on National UFO cases reported in Mexico, Cuba, Puerto Rico and Central America.

In November of 2016, Chase became a registered and official LOBBYIST for the UFO Field. This goal was realized through a progressive understanding that to truly influence change and offer a knowledgeable commentary on the realities of the UFO phenomenon, we must include our Nation's elected and the very people that are trusted as our Lawmakers. Her efforts will focus on document declassification and an Ombudsman role for witnesses and those most effected by unknown technologies. This is done through "THE FIELD REPORTS: A Science and Technology Investigation Group.

Chase continues to be an active investigator, responding to reports and international cases. She has an extensive history in the field of Ufology and a diverse investigation background that includes MUFON Field reports to Ancient artifacts as demonstrated by her study and "hands on" forensic contributions to the Elongated Skulls and The Star Child Skull, in which she maintains the Lead investigator. The "evidence" available in UFO events remains the focus as she keeps the standards high and the ethical aptitude in all she does. There is NO compromise when the truth is at stake. 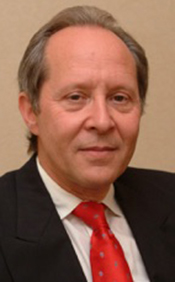 
A True Story of Murder, Coverup, and UFO Secrecy

Peter Robbins will return with an in depth presentation, theater style entitled: The Extraordinary Life and Strange Death of America’s First Secretary of Defense: A True Story of Murder, Coverup, and UFO Secrecy.

A dramatic reading in 2 Acts If we are to believe the official accounts, early on the morning of May 22 1949, the creator of America’s modern defense establishment and recently retired first Secretary of Defense, threw himself to his death from a 16th floor window of the Bethesda (Maryland) Naval Hospital where he was being held under a round-the-clock Marine guard while being treated for depression.

James Vincent Forrestal was a true American patriot who served his country with honor and distinction throughout the Nineteen Forties. The story of how this ambitious, charismatic young man from a small town in Upstate New York rose to become president of a successful Wall Street brokerage, friend to famous writers and movie stars, economic advisor to President Roosevelt, Secretary of the Navy, then America’s first Secretary of Defense, reads like fiction but is all too true.

Forrestal was sworn into office a scant six weeks after an unknown something crashed near the Town of Roswell New Mexico, and investigative writer Peter Robbins demonstrates how this fact and its shattering implications contributed to the breakdown that led to his suicide attempts, his institutionalization, and finally his murder. Robbins first began researching this compelling story more than thirty years ago. He has written and spoken extensively on this subject since then and makes the case for murder and coverup based on a wide variety of compelling, court-worthy evidence.

He has now taken what he's learned and transposed it into an illustrated two-part dramatic reading. A Greek tragedy embedded in the early days of Post War America, FORRESTAL is not quite a play, but neither is it a ‘UFO conference lecture.’ Don’t miss it. Peter Robbins is one of America’s most respected UFO investigative writers. He’s been involved in the field for more than thirty-five years, as a researcher, investigator, writer, lecturer, activist, conference organizer, documentary producer and author.

A regular fixture on US and UK radio, Peter has written for numerous online and print publications in the US, UK, and other countries and appeared as a guest on and been consultant to numerous television programs and documentaries. Robbins was a founding member of Budd Hopkins’ Intruders Foundation and was Hopkins’ assistant of for many years. He was Event Coordinator for the SCI FI Channel’s ‘Alien Abduction Phenomenon: A Symposium, organized to promote the release of the Steven Spielberg miniseries ‘Taken,’ and from 2007 until 2010 was a consultant to the City of Roswell NM and coordinator of their annual UFO symposium.

In 2012 he was made a member of the French Académie d'Ufologie, and in 2013 invited to give testimony at the Citizen’s Hearings on Disclosure held at the National Press Club, Washington, D.C. He is also an Associate Producer of the documentary “Travis: The True Story of Travis Walton.” Peter Robbins was born in New York City and holds a BFA in painting and film history from New York City’s School of Visual Arts (SVA) where he taught painting for more than a dozen years. He worked as a deckhand in the Norwegian merchant marine, freighter, was studio assistant to Abstract Expressionist painter Adolph Gotlieb, and house manager for New York City’s noted Mirror Repertory Company as well as other NYC-based theater groups.

He is proud to have been a crisis intervention volunteer and shift supervisor for Samaritans International. Robbins is an experienced New York City touring guide, world traveler, accomplished photographer, and recipient of gold and platinum records for art direction. Peter Robbins has been a guest and consultant on numerous TV and radio shows, both here and abroad. 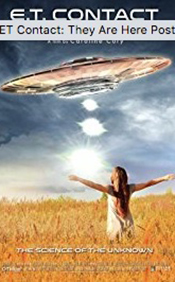 “E.T. CONTACT - They are Here” film by Carolyn Cory. This award winning film documents the jaw-dropping stories of individuals from around the world who share similar accounts of extraterrestrial and otherworldly encounters. Producer and host Caroline Cory, who has her own extensive history with the supernatural, takes the viewers on an extraordinary journey to uncover whether these seemingly independent yet parallel reports may actually be scientific evidence of a greater phenomenon at work.

Through a series of groundbreaking on-camera experiments on human DNA, irrefutable science and interviews with leading scientists, viewers will find themselves pondering the nature of their own reality or yet the true origin of the human species. ET CONTACT may ultimately show that the traditionally unexplained is, in fact, far more attributable to science than fiction.